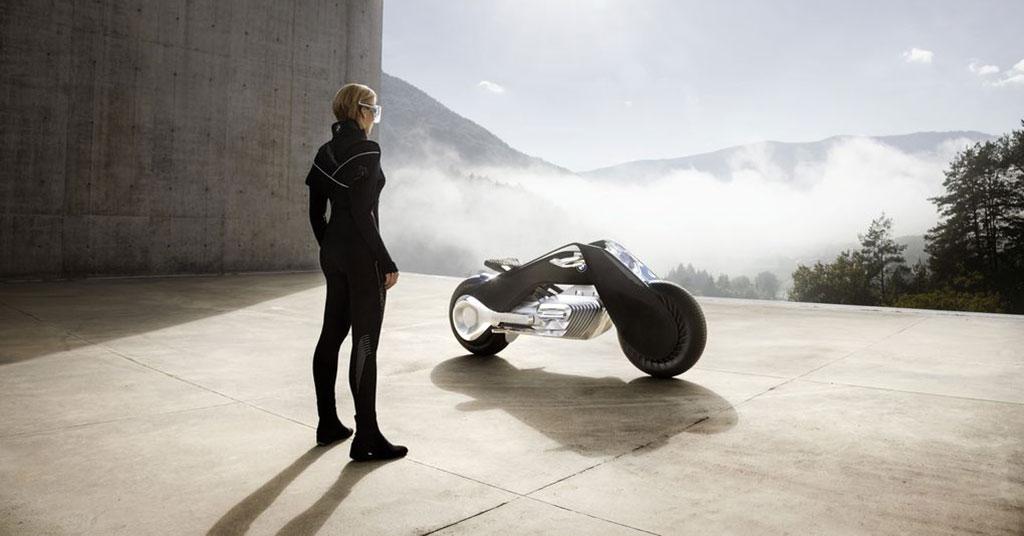 In celebration of its 100th anniversary, BMW has unveiled a self-balancing motorcycle – the Motorrad VISION NEXT 100 – that’s so safe, they claim you can ride it sans helmet. The futuristic prototype uses self-stabilising technology to remain upright, even at a complete stop. It’s also emissions-free.

This sort of technology isn’t completely new. The Segway already employs gyroscopic sensors to remain balanced at all times. Honda has also experimented with a self-balancing bike, which uses minute steering inputs to stay upright.

However, BMW’s motorcycle is still at the concept stage and is unlikely to be a reality until 2030.

Safety advantages of the self-balancing bike 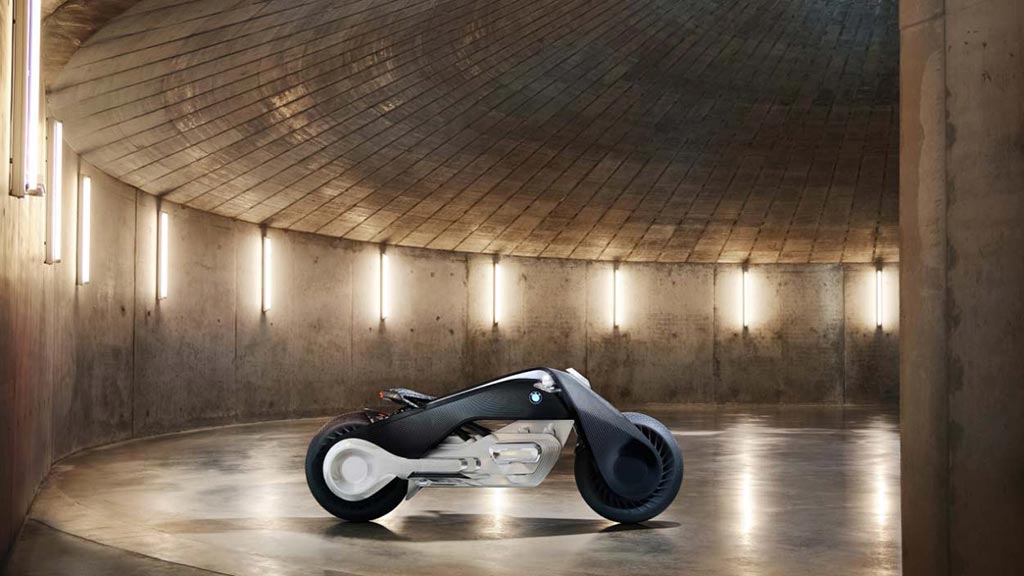 The bike has been designed to make motorcycle riding safer and easier. BMW claims that its design makes accidents unlikely.

“Its self-balancing system will help protect the rider at any time,” explained Edgar Heinrich, the head of design at BMW’s motorcycle division, Motorrad.

“Any late reaction from the driver will trigger and the vehicle will balance out. In the future, motorcycle riders will be able to enjoy riding without protective gear.”

The bike is shaped to be nimble. Turning the handlebars adjusts the entire frame, with a sensitivity that automatically adjusts based on the bike’s speed.

This means a slight adjustment at top speed won’t result in a dramatic change of direction. At lower speeds, a lighter touch is all you need.

Self-balancing – but not self-driving

Despite its futuristic design, BMW does not envision a self-driving motorcycle, preferring to leave control in the hands of the rider. This isn’t only a result of controversy surrounding self-driving cars. BMW also doesn’t want to jeopardise the enjoyment factor of riding a motorcycle.

“The motorcycle provides my escape from everyday life. From the moment I get on, I experience total freedom – the great escape,” said Heinrich.

Futuristic gear for the rider 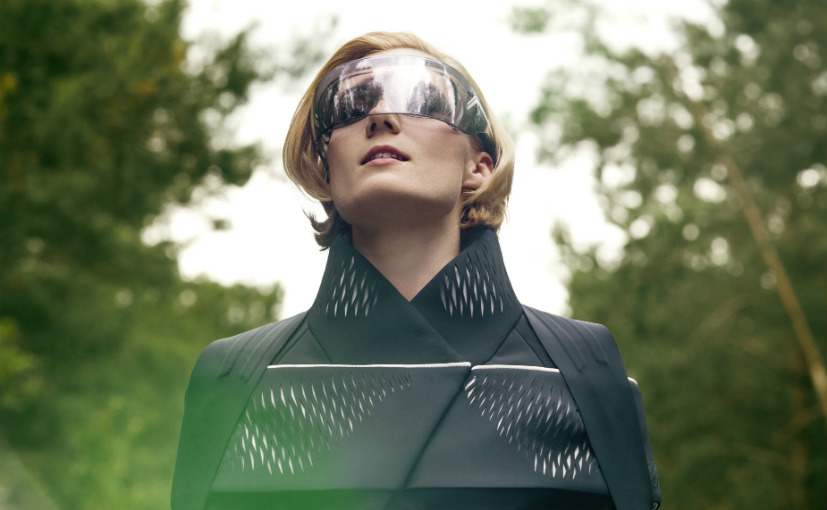 The motorcycle itself isn’t the only futuristic development. The rider also gets kitted out with highly specialised gear.

In place of the now redundant helmet, there’s a visor. As well as protecting the eyes, this returns active feedback about road conditions to the wearer. It remains blank when the rider is looking straight ahead, but displays information when the rider adjusts their gaze or if the system detects a hazard.

“It was important to us that the analogue riding experience would remain undisturbed. The display and operating concept acts so discreetly that it creates a natural and familiar movement,” says Holger Hampf, head of customer experience at BMW.

The rider’s apparel is also designed with safety in mind, but not in the form of bulky armouring or leather. The suit incorporates physical feedback in the form of vibrations to let the rider know when the bike is over-tilted or to give directions.

The lightweight clothing and footwear also monitor your body temperature, adjusting a built-in A/C function when necessary to ensure you never overheat or get too cold.

Bike of the future?

As always with concept vehicles, details are unconfirmed and vague in some areas with no confirmation on when, if ever, the motorcycle might be put into production.

Said Heinrich, “Normally when we develop a motorcycle, we tend to think five to 10 years in advance. On this occasion, we looked much further ahead and found some very attractive prospects.”

Either way, BMW has created a solid concept that might just revolutionise the motorbike industry. For the meantime, though, bikers will have to stick with the still necessary helmets and leathers.

With Pawn My Car, you can use your car, motorbike or another vehicle to secure a short-term loan, with no delays or credit checks. For more information, contact us on 086 172 9648 or simple complete and submit our online application form.