Private yachts first appeared in the early 20th century, when the wealthy started to commission their construction for personal use. Although theses yachts were fairly simply built, with basic living quarters, today the private yacht is a status symbol of the rich, boasting better technology and more amenities than a five-star hotel. Here’s a run-down of the most expensive yachts in the world.

This luxury liner was custom built by Blohm+Voss Yachts for Saudi Arabian businessman, Nasser Al-Rashid. The 104.9-metre long yacht has a swimming pool with a retractable roof, an S76B helicopter, and a hydraulic platform that slides out of one side of the yacht to form a beach oasis, complete with deckchairs, sand and palm trees! 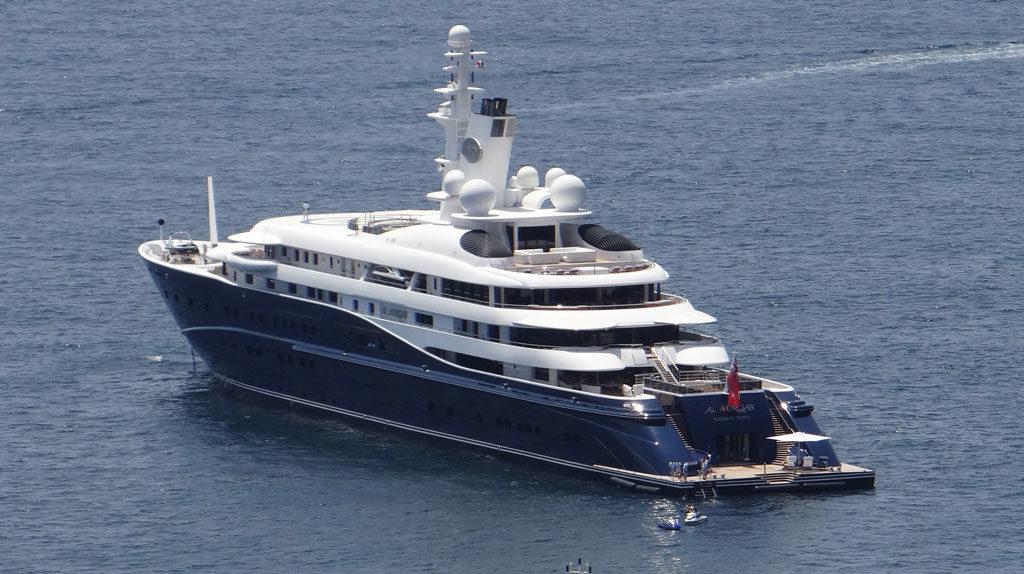 This super-yacht was built by Peters Schiffbau Wewelsfleth for Qatar’s ex-Prime Minister, Hamad bin Jassim bin Jaber Al Thani. The beautiful Al Mirqab includes a sun-deck, swimming pool, jacuzzi and outside bar, as well as an on-board cinema, a helicopter pad and accommodation for 24 guests. 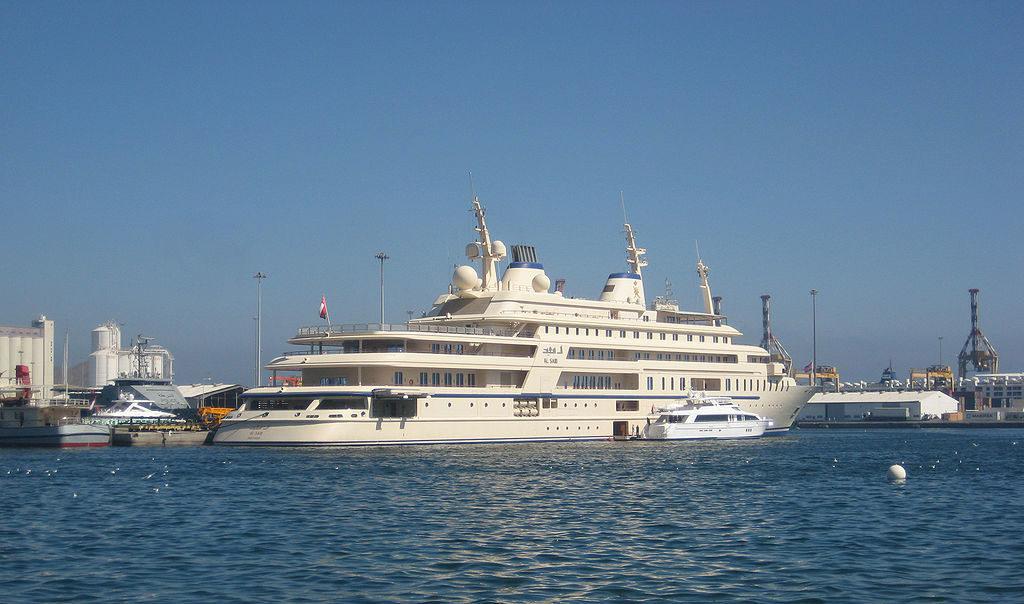 The Al Said is a gigantic private yacht that belongs to, and is named after, the Sultan of Oman, Qaboos Bin Said Al Said. Although not much is known about the interior of the yacht, it’s rumoured to have accommodation for up to 70 guests and 154 crew members, as well as a concert hall big enough to house a 50-piece orchestra. 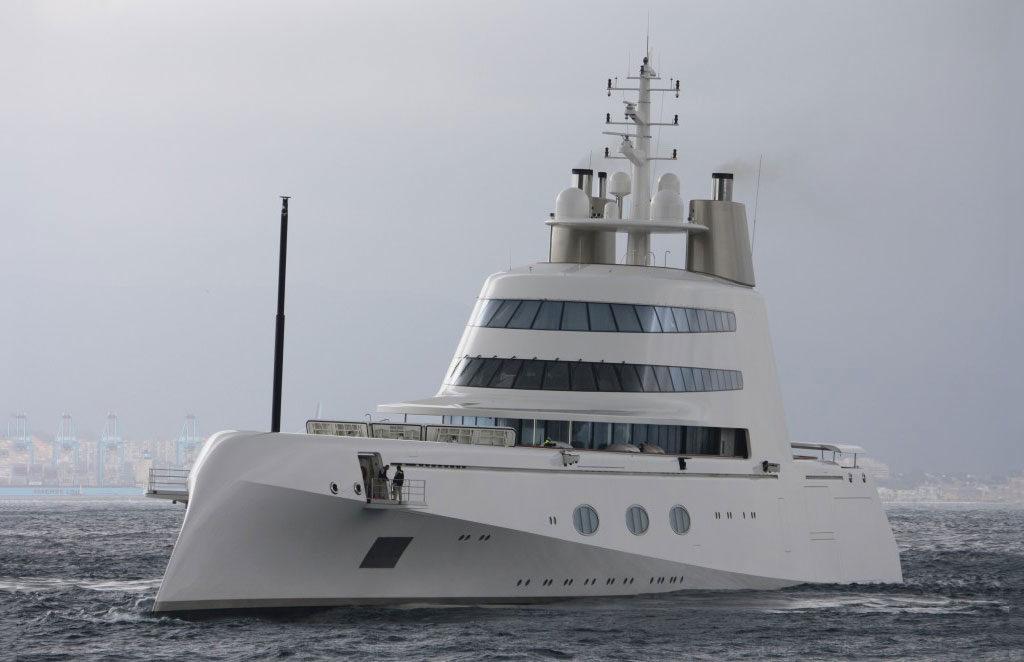 Owned by Russian billionaire, Andrey Melnichenko, and his wife, Aleksandra, Super-yacht A is a whopping 122 metres in length and boasts a disco, three swimming pools and a helicopter hangar. Despite its mammoth size, Super-yacht A accommodates a maximum of 12 guests in six luxury guest suites. 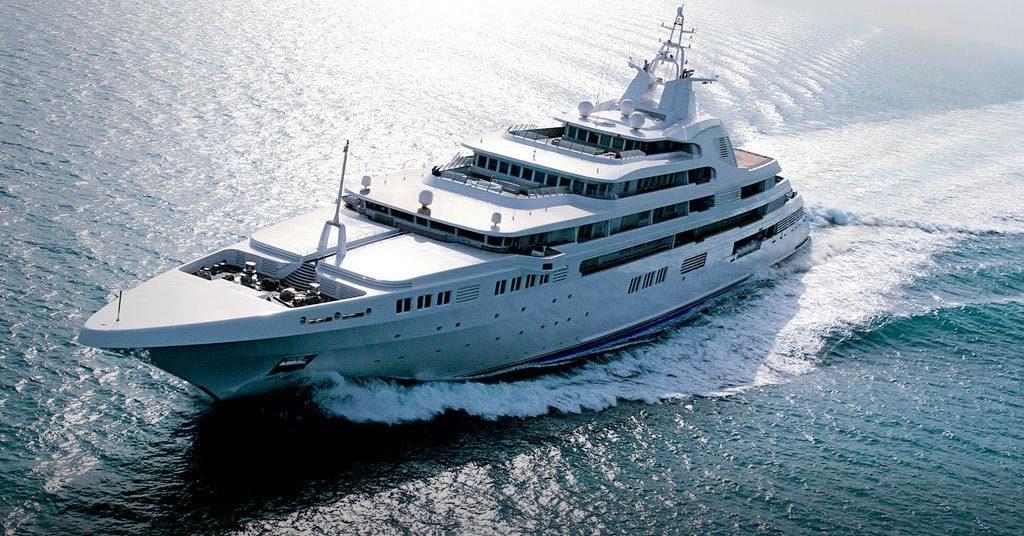 The Dubai was commissioned by Prince Jefri Bolkiah of Brunei in 1996, ten years before its launch. Due to financing issues, the yacht was ultimately purchased by Sheikh Mohammed Rashid al-Maktoum of Dubai, who designed the lavish interior. The yacht includes plenty of sunbathing areas, several jacuzzis, a swimming pool and a helicopter pad. 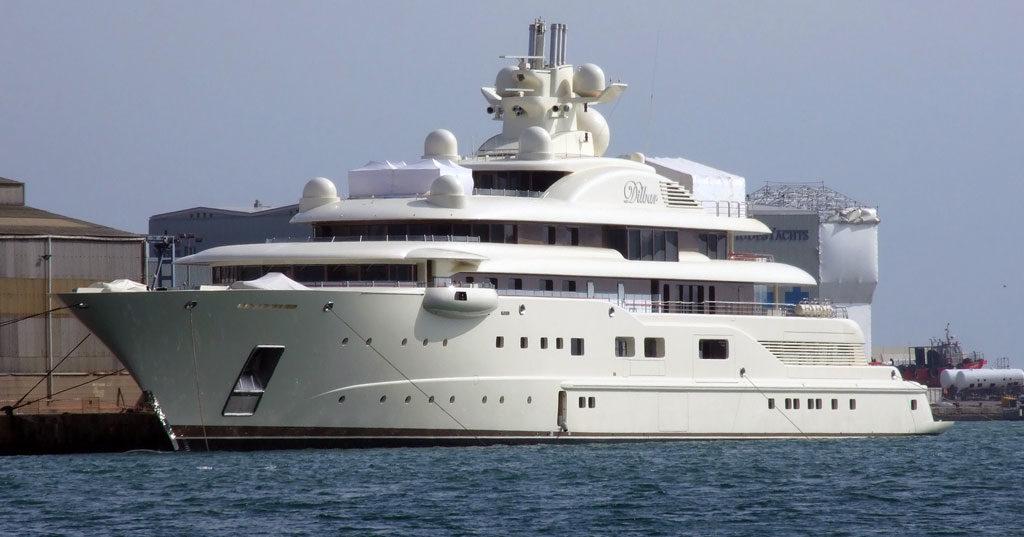 The Dilbar was designed by Tim Heywood, who was also responsible for the design of the Al Mirqab. It was custom-built for Russian billionaire Alisher Usmanov and was named after Usmanov’s mother. This lavish 110-metre long yacht can accommodate 40 guests and a crew of up to 80.

This 180-metre long yacht belongs to Khalifa bin Zayed Al Nahyan, the president of the United Arab Emirates. It’s currently the largest luxury yacht in the world. Little more is known about this mega yacht, except that on-board security includes a submarine and a missile defence system.

The Eclipse is owned by Russian billionaire, Roman Abramovich. As well as being one of the world’s most expensive yachts, it’s one of the largest, with a length of 162.5 metres. The yacht features 24 guest suites, two swimming pools, several jacuzzis, a disco and two helicopter pads. For security, the yacht is fitted with intruder detection, a missile defence system, armour plating and bulletproof windows.

With Pawn My Car, you can use a vehicle or even a boat or yacht that’s in your name to secure a loan quickly and easily, with no delays. For more information, contact us on 0861 112 866 or simply complete and submit our online application form.